This report is a description of trials reported in a patent application(not an ideal research reference). It reports on the impact of single infections compared with mixed infections involving rotavirus and cryptosporidial infections across a range of criteria measured.

Calves were artificially infected with rotavirus, or cryptosporidium, or a mixed infection of each.

Calves were challenged on day 1 of life. There were 4 groups of 6 calves. Challenges were with known pathogenic strains of each organism.

Anorexia was considered present if a calf took less than 2 litres of milk. (NB: Many young calves about 20-25 kg do not drink 2 litres of milk per feed especially for the first 3 – 4 days of life)

Score 1 is calf with signs, Score 0 is without signs 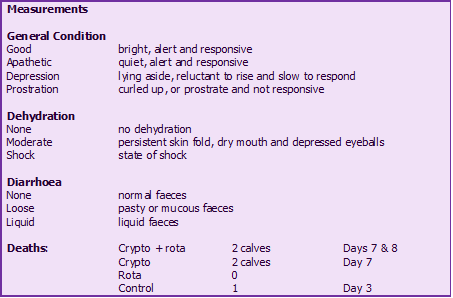 Oocyst numbers were markedly increased when the combined infection was present with the highest numbers occurring late in the study period. 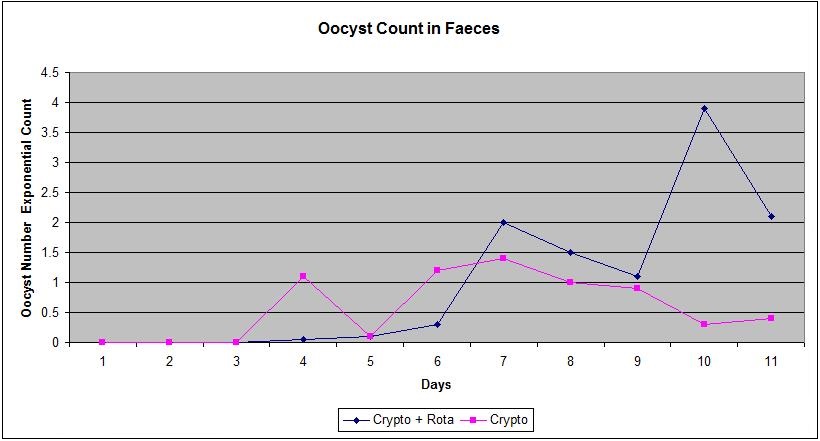 Rotavirus excretion is extended with mixed infections with higher numbers of infectious particles in faeces compared with the virus infections alone. 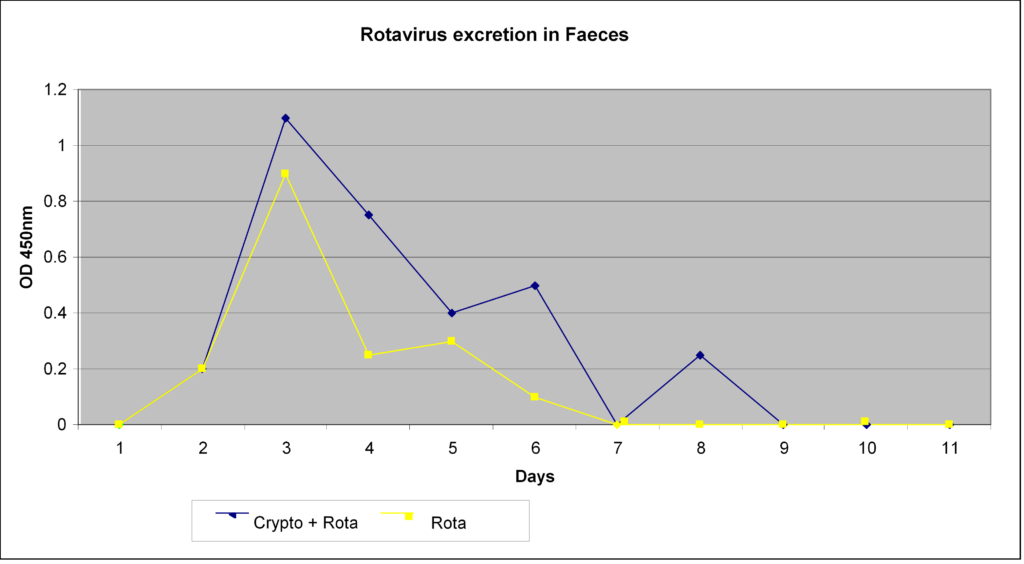 Dehydration is noticeably more severe with mixed infections coinciding with the appearance of crypto oocysts (graph 1 above). 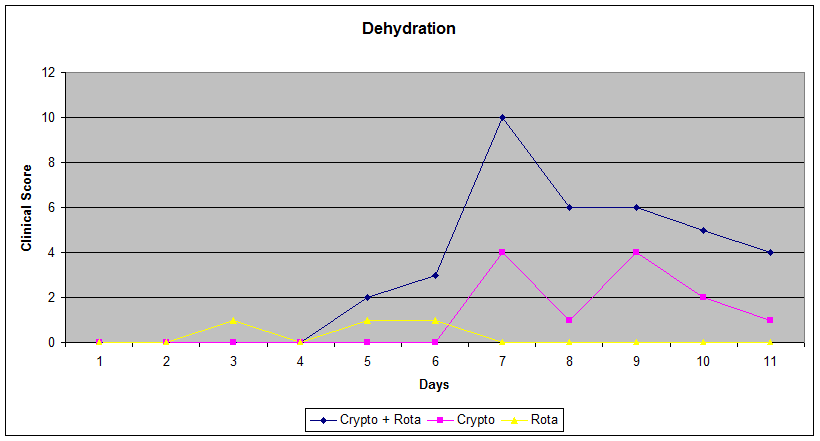 Calves were equally affected by each of the infections, and timing of this effect is related to the incubation period for each disease.

However the mixed infection had a more severe effect, starting earlier, and lasting longer. 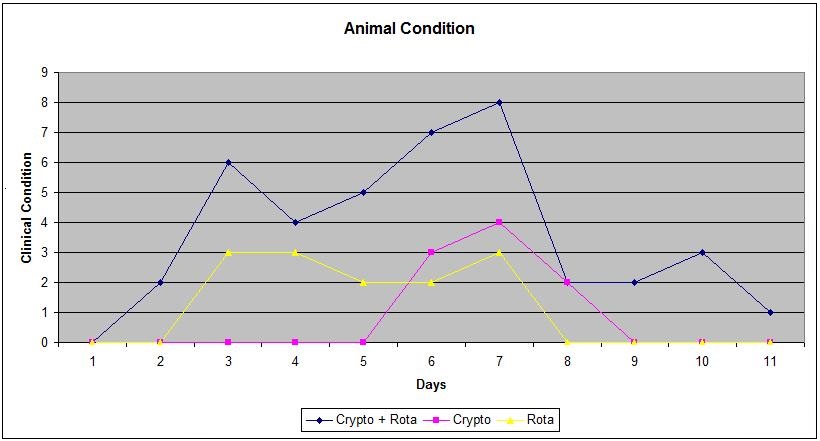 The loss of appetite was noticed in all groups from day 1-3 days of age, irrespective of treatment.

This may reflect the natural (lower) volume intake of newborn calves. 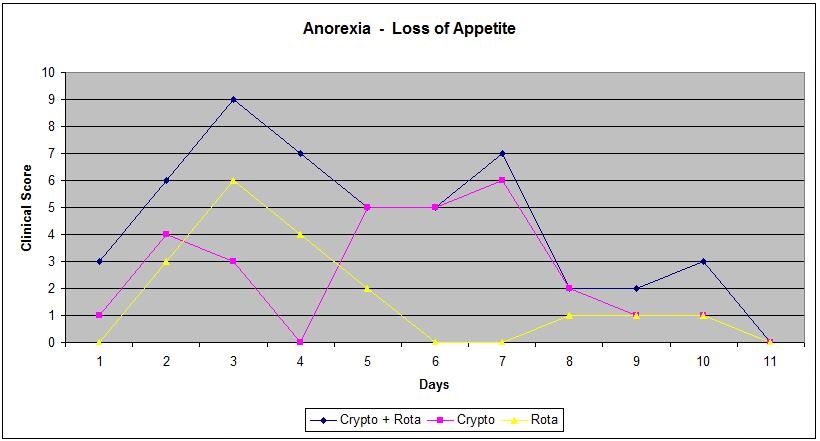 Calves challenged with both rotavirus and cryptosporidium suffered the clinical signs of calves infected in the field with changes to appetite, scours, and dehydration. There were also changes in condition reflecting general discomfort, and progressed to death in some instances. The cause of each death however was not commented on.

The severity of signs were noticeably more severe, and the signs progressed over an extended period when there was mixed infections present. For some of the signs there appeared to be synergism between rotavirus and Cryptosporidum parvum.

Outcomes for Calf Rearing in the Field